In Memory of Carl Lawrence 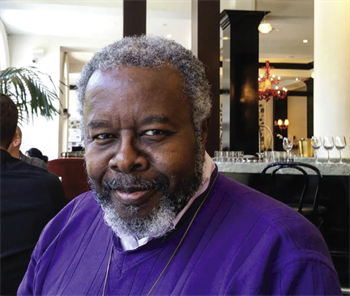 ABFAS is saddened to report the passing on August 28, 2021, of longtime staffer Carl Lawrence, a beloved fixture of the ABFAS community.

Carl joined ABFAS in October 1993 and was the second-longest serving ABFAS employee. For more than 20 years, Carl was an integral part of ABFAS, starting at the front desk and concluding his career as Credentialing Services Manager. During his tenure, Carl worked in several key areas such as verifications and processing certification documentation. Carl staffed an examination committee and proctored many examinations. He coordinated the Credentials Committee meetings to ensure that all cases were properly reviewed. Carl retired from ABFAS in 2020.

Carl was born in Rockville Centre, New York. He served in the Navy from 1965-67, assigned to two ships off the coast of Vietnam during the war. He began working for Gulf Oil in New York City in 1965, then transferred to Pittsburgh in 1972, followed by Houston in 1980. He was relocated to San Ramon, California, then took an early retirement package in 1992.

The impression Carl made on the many candidates and Diplomates who have contacted ABFAS over the years is everlasting. This is evident in the number of physicians that have stopped by the ABFAS booth at conferences to inquire, “Is Carl here? I want to say hello. I want to thank him for helping me.”

ABFAS committee members knew Carl well for his hospitality and thoughtfulness. Once he discovered a favorite food or beverage, he would have it waiting the next time the committee member came to the ABFAS office for a meeting.

Among the staff, Carl was famous for his stocked candy dish and for remembering birthdays and obscure national food holidays—days on which Carl would offer his colleagues treats.

Carl had an unwavering commitment to the profession and a loyalty to ABFAS’ vital role as a certifying organization. His long tenure is a testament to how much he cared for ABFAS and all its members and staff; he will be missed.

The ABFAS Board and staff extend their sincere sympathies to Carl’s loved ones.