Home / About Us / Board of Directors

Dr. Jacobson is board certified in both Foot Surgery and Reconstructive Rearfoot/Ankle Surgery by the ABFAS. He specializes in trauma and reconstruction of the foot and ankle in adults and children. He joined Advanced Orthopedics, Denver, in 2011 after spending 10 years in private practice in Houston. He also is an attending physician and committee member of the Highlands-Presbyterian St. Luke’s podiatric surgical residency program in Denver.

Dr. Jacobson has a Bachelor of Science degree in Biomedical Sciences from Western Michigan University. He received a Doctor of Podiatric Medicine degree in 1997 from the Dr. William M. Scholl College of Podiatric Medicine in Chicago. After a one-year primary podiatric medical residency at the West Palm Beach VA Medical Center, he completed a two-year foot and ankle surgical residency at the Harris County Podiatric Surgical Residency Program, Houston. Dr. Jacobson was an attending physician and a committee member of the Harris County Podiatric Surgical Residency Program from 2000 to 2011.
He was chairman of the ABFAS Foot CBPS Examination Committee for several years as well as the Secretary/Treasurer, and President-Elect for ABFAS this past year. He has also served on the ACFAS Surgical Skills Committee while participating as a clinical instructor/lecturer for many of the College’s courses. Dr. Jacobson is a national consultant for Zimmer Biomet in which he continues to design surgical equipment as well as provide continuing medical education. 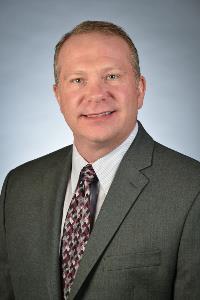 He was certified in Foot Surgery and Reconstructive Rearfoot/Ankle Surgery in 2006 by the American Board of Foot and Ankle Surgery. Dr. Adams is a Fellow of the American College of Foot and Ankle Surgeons and a member of the American Podiatric Medical Association.Dr. Adams has been actively involved with ABFAS since 2007. He has served as an oral examiner from 2007 to 2014. He has been on the cognitive examination committee, credentials committee, Foot CBPS Examination committee and currently is the Examinations Chair. 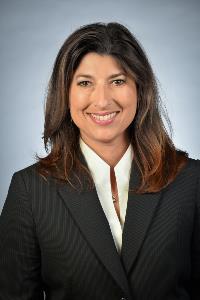 Dr. Paradoa was an honors graduate at Barry University School of Graduate Medical Sciences Podiatric Medicine and Surgery, class of 2001. She earned a Master’s of Science degree in Biomedical Sciences at Barry University, and a Bachelor of Science degree in Biology at the University of Central Florida.  She completed a three-year podiatric surgical residency program, serving as a chief podiatric resident at Palmetto General Hospital in Miami, Florida. Dr. Paradoa also completed a fellowship in Ilizarov Traumatology and Reconstructive Surgery in Kurgan, Russia serving with great honor as their first female fellow.In her career, she has contributed in authoring foot and ankle publications and giving foot and ankle lectures around the nation.
Dr. Paradoa is a member of ABFAS starting in the Cognitive Examination Committee from 2010 to the present. She has also served as a member of the Strategic Planning Committee, Examinations Field Testing, Online Study Guide ad hoc Committee, oral board examiner from 2011 to 2014 and participates in the ABFAS Surgical Case Review Committee and the CBPS Review Committee. This is her fourth year serving on the ABFAS Board of Directors.Dr. Paradoa has participated in many volunteer services in her career. Starting in her residency in 2001, she served as a physician surgeon for the Yucatan Crippled Children’s Project in Merida, Mexico. She also volunteers for several service and healthcare organizations, including Indian River Medical Society’s We Care Program, The Education Foundation of Indian River County, and the Haiti Clinic, Port Au Prince, Haiti. 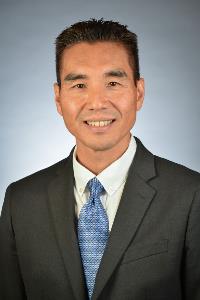 Since completing his residency, Dr. Choung has practiced at Kaiser San Rafael, located north of San Francisco. He serves as chief of both the Podiatric Surgery Department and Orthopedic Surgery and is Site Coordinator of the Kaiser North Bay Consortium Podiatry Surgical Residency Program (PM&S-36), which includes Kaiser Foundation Hospitals in Vallejo, Santa Rosa, and San Rafael. 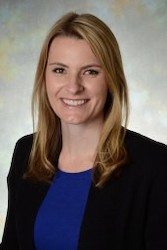 Dr. Nicole Bauerly is the Chief of Podiatric Surgery Department and Medical Director for 13 clinics including Surgery, Orthopedics, and Limb Preservations, as well as the Minors Operating Room, at the Hennepin County Medical Center (HCMC) in Minneapolis, Minnesota. She also serves as the Assistant Program Director for the Podiatric Surgical Residency at HCMC. Dr. Bauerly is a member of the American Podiatric Medical Association (APMA) and a Fellow of the American College of Foot and Ankle Surgeons (ACFAS).

Dr. Bauerly is active with the American Board of Foot and Ankle Surgery (ABFAS). She served on the Computer-Based Patient Simulation (CBPS) Foot Examination Committee (2015-2019) and serves on the new Computer-Based Patient Simulation (CBPS) Committee.  formulating questions for the board exam. She has served on the Communications Committee and helped the Credentials Committee review cases for board certification.

Dr. Bauerly became Board Certified in Foot and Reconstructive Rearfoot/Ankle Surgery in 2012, after completing a three-year surgical residency in 2007 at HCMC. She is a graduate of the College of Podiatric Medicine and Surgery in Des Moines, Iowa, and has a BA in Natural Sciences from the College of St. Benedict in St. Joseph, Minnesota. 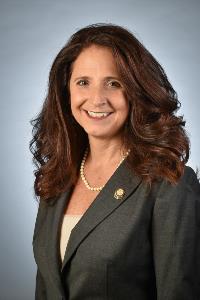 Michelle Butterworth received her BS in chemistry from St. Joseph’s University and her DPM from the Temple University School of Podiatric Medicine.  She then completed a four-year surgical residency at the University of Pennsylvania Health Systems/Presbyterian Medical Center, in Philadelphia.  She is currently employed by Williamsburg Regional Hospital, in Kingstree, South Carolina, where she is also Chief of the Medical Staff.

She is a Past President of the American College of Foot and Ankle Surgeons and remains active in the College lecturing, reviewing Journal articles, and is currently a member of the Professional Relations Committee.  She is involved with the American Board of Foot and Ankle Surgery and has served on the Communications Committee, Online Study Guide Committee, Credential Committee, Cognitive Exam Committee, and Bylaws task force.  She is currently a member of the Exam Blueprint Task Force.

She is a Past President of the South Carolina Podiatric Medical Association and is the Chairman of the SC annual conference. She was active on the Legislative Committee where SC just gained ankle privileges.  Dr. Butterworth lectures nationally and has authored and edited manuscripts and textbooks.  She is a member of the Podiatry Institute, currently residing as Treasurer, a member of the PICA Claims Committee, and serves on the Board of Directors for the American Academy of Foot and Ankle Osteosynthesis. 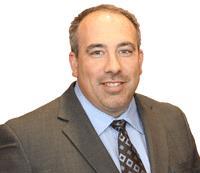 Dr. Chaney obtained his undergraduate degree at the University of Northern Iowa in 1992. He graduated from Des Moines University College of Podiatric Medicine and Surgery in 1996. Dr. Chaney completed a two-year Podiatric Surgical Residency at the Harris County, West Houston Podiatric Surgical Residency Program, followed by a one-year Fellowship in Reconstructive Rearfoot and Ankle Surgery.

Dr. Chaney was board certified in Foot Surgery and in Reconstructive Rearfoot/Ankle Surgery by the American Board of Podiatric Surgery (dba American Board of Foot and Ankle Surgery [ABFAS]) in 2002. He is actively involved in the ABFAS, having served on various committees, including the Foot Surgery Oral Examination Committee, the Cognitive Examination Committee, and the Credentials Committee. He was an oral examiner from 2004 to 2014. Dr. Chaney also has been an active committee member for the American College of Foot Ankle Surgeons (ACFAS). He served on the ACFAS Surgical Skills Committee and Annual Scientific Conference Committee for several years.

Following his residency, Dr. Chaney was in private practice in Kansas City, MO, from 1999 to 2004, and served as Podiatric Surgical Residency Director of the Medical Center of Independence from 2002 to 2004. Dr. Chaney has been in private practice in San Antonio since 2004 and serves as an adjunct clinical professor at the University of Texas Health Science Center, San Antonio. 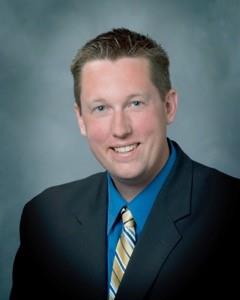 Dr. Giesking graduated from Luther College in Decorah, IA, in 1995 with a BA in Biology. He attended the College of Podiatric Medicine and Surgery in Des Moines, IA, graduating with a dual DPM / MHA degree in 1999. Dr. Giesking completed his three-year surgical residency in 2002 at St. Johns North Shore Hospital in Harrison Township, MI. He obtained board certifications in foot and in reconstructive rearfoot/ankle surgery in 2006, with re-certification in 2016.

His volunteer work with ABFAS began as a field testing candidate for the oral exams and as an ABFAS representative for the Joint Residency Review Committee in 2007. He then served as an examiner for the foot and the reconstructive rearfoot/ankle oral exams. Dr. Giesking has also served as a case reviewer (2007-2013, 2017), a member of the Computer-Based Patient Simulation (CBPS) Foot Examination Committee (2010-2019) and currently serves on the Exam Oversight Committee.

Locally, Dr. Giesking serves on the Wisconsin State Affiliated Podiatry Credentialing Board (2013-present). He has also served as Vice Chief of Staff at Mayo Clinic Health System – Red Cedar Medical Center (2013-2015). He currently practices at Mayo Clinic Health System-Northwest Region in Eau Claire and Menomonie, WI. Dr. Giesking is a member of the APMA and a Fellow of the American College of Foot and Ankle Surgeons (ACFAS). 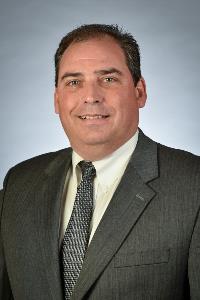 John “J.T.” Marcoux is a member of the active medical staff and podiatric residency program director at Steward-St. Elizabeth’s Medical Center in Brighton, MA. He received his BS in Physical Therapy from the University of Connecticut and his DPM from Temple University School of Podiatric Medicine. He completed a four-year surgical residency at the Presbyterian Medical Center in Philadelphia, PA. He has been actively involved in residency training for the past 20 years, most recently at St. Elizabeth’s.

In addition to his active reconstructive surgical practice and teaching, Dr. Marcoux volunteers his time and expertise. He serves as a member of the Council on Podiatric Medical Education as well as the Residency Review Committee and the Joint Committee on the Recognition of Specialty Boards. He has represented ABFAS as a residency program on-site evaluator and has served on various ABFAS committees/task force groups and as a case reviewer for board certification. Dr. Marcoux currently serves on the Communications Committee.

Dr. Marcoux is a manuscript reviewer and section editor for the Journal of Foot and Ankle Surgery. He has been an active ACFAS volunteer and was honored with the Distinguished Service Award in 2017. He was inducted as an affiliate member of The Podiatry Institute in 2014. Dr. Marcoux lectures both locally and nationally on reconstructive surgery and has authored manuscripts and textbook chapters. 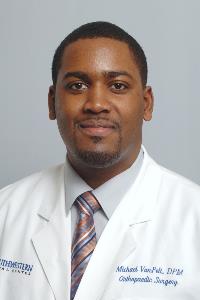 Dr. VanPelt is an Assistant Professor of Orthopaedic Surgery at University of Texas Southwestern Medical Center, Dallas. He is the Medical Director of the Orthopaedic Foot and Ankle Service at Parkland Memorial Hospital and is board certified in Foot Surgery and in Reconstructive Rearfoot/Ankle Surgery. He earned a Bachelor’s degree in Biology at The University of Arkansas at Pine Bluff. He received a DPM degree from the Dr. William H. Scholl College of Podiatric Medicine at the Rosalind Franklin University Health Science Center, North Chicago, IL, and received the college’s Dr. Harold Feder Orthopaedic Award.

Dr. VanPelt completed a PM&S-36 residency training program at The University of Texas Health Science Center San Antonio, and a one-year Sports Medicine and Surgery Fellowship at Barry University in Miami Shores, FL. After his fellowship, he was recruited to UT Southwestern Medical Center’s Department of Orthopaedic Surgery and was the department’s first podiatric foot and ankle surgeon with a faculty appointment. He has been a full-time faculty member at UT Southwestern since 2007.